Dr Philip Stander has been a scientist for more than 35 years. Twenty-three years ago he arrived in the Namib Desert to find out if the desert-adapted lions of Namibia had gone extinct, as was believed at the time. He discovered a small pride in the most secluded part of the desert, and what followed was a lifelong commitment to the few remaining Desert Lions that were surviving. Twenty years later the population has come back from the brink and Dr Stander has gained extensive knowledge on the survival of the small Desert Lion population.

His research project, known as The Desert Lion Trust, has played a critical role in the survival of the Desert Lions. Not only has Philip gained extensive knowledge on the behavioural adaptations of the desert-adapted big cats, he has also developed an effective early warning system to mitigate conflict between the rural communities and the Desert Lions. He works closely with IRDNC and the Lion Rangers to prevent human-lion conflict in the Northern Namib.

By supporting Dr Stander’s research project www.desertlion.info we can help the preservation of Desert Lions. 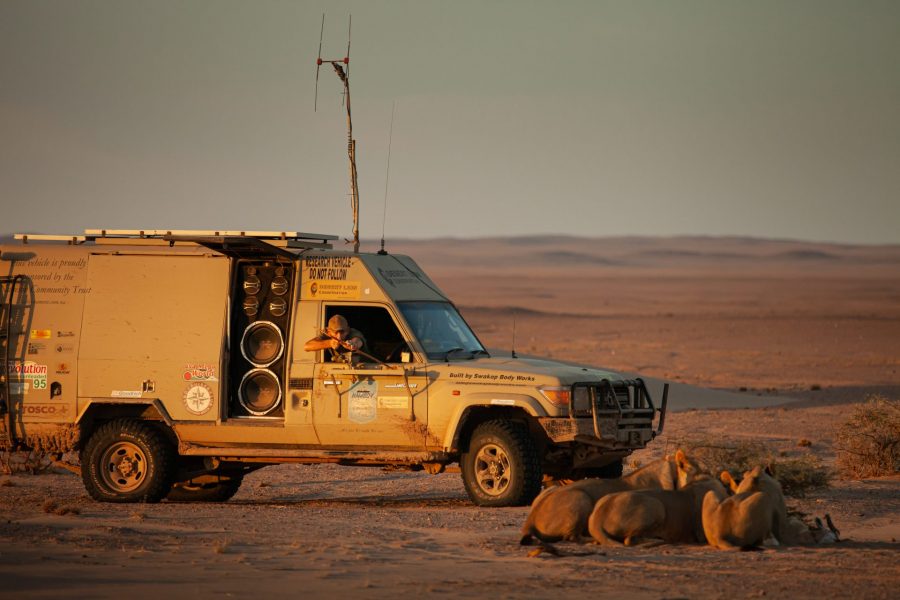 The filmmakers of “Vanishing Kings” funded a road show, where the film was shown to community members of several rural villages in the Namib. To inform and educate community members is a first important step to people coming to understand Desert Lions, and acts as a catalyst in starting conversations to find human-lion conflict solutions.

Vanishing Kings I has been translated and narrated in one of the main local languages in the Namib desert, Damara, of which DVDs were donated to the rural communities in the area.   DVDs of the films have also been donated to the Namibian US Embassy, which is including the films in their field libraries across the country and distributes the films to schools. 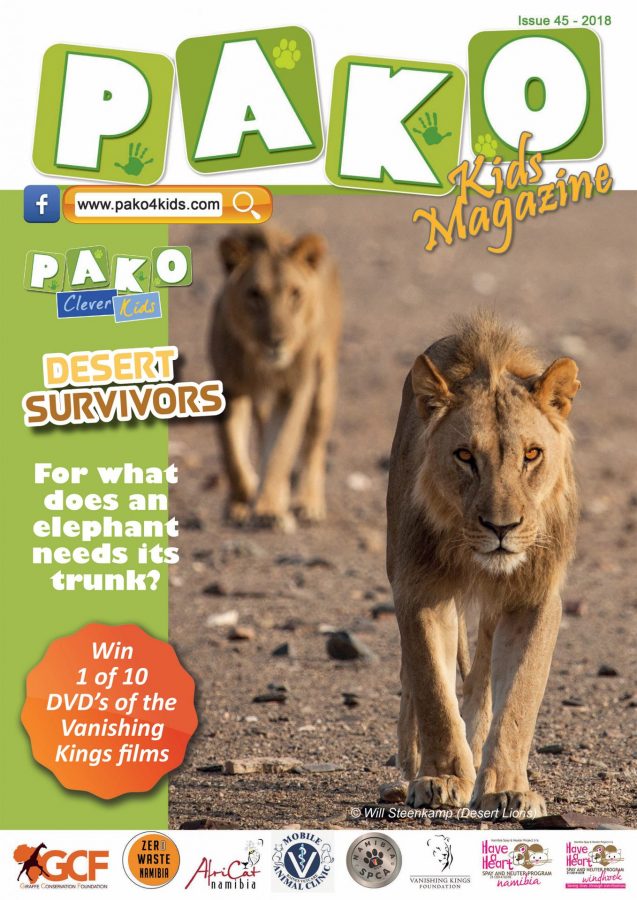 The Vanishing Kings Foundation is a main sponsor of the Pako & Kalata Magazines, a wildlife magazine for children in Namibia & Zambia, published every three months.

We believe that the young generation has an important responsibility in the future of the lions. Through use of media – social media, television and radio -, the Foundation strives to motivate young people to seek a future in nature conservation, eco-tourism and other job opportunities that will contribute to the conservation of Desert Lions and Namibia’s natural environment as a whole. 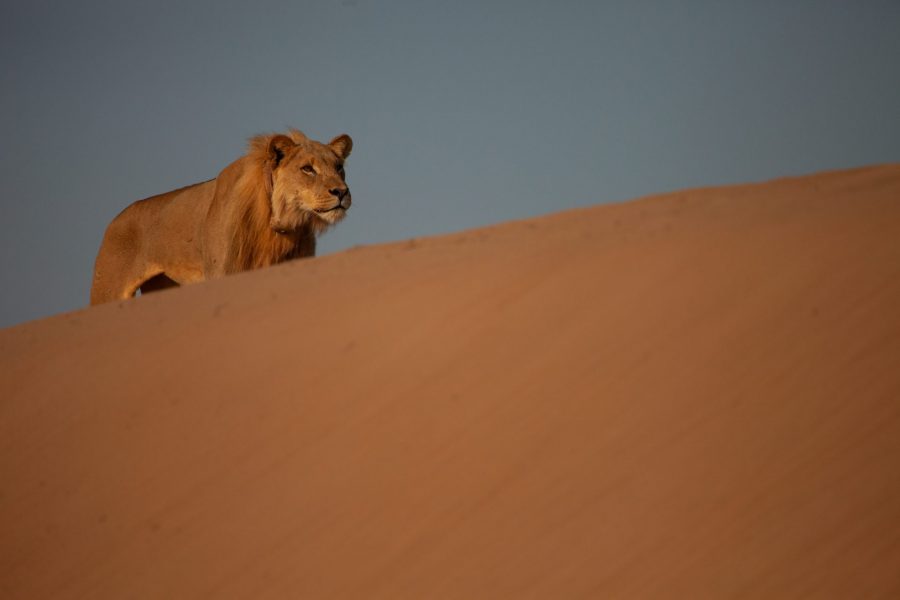 In 2012 wildlife filmmakers and founding members Will & Lianne Steenkamp started working together with Dr Philip Stander to produce an in-depth behavioural wildlife film about the Desert Lions of Namibia. Initially the filmmakers spent over two years in the field closely following a pride of lions that survive in the desert. “Vanishing Kings – Lions of the Namib” tells the true story about the survival of five young male lions, – who became known as the ‘Five Musketeers’ -, on their epic journey towards adulthood.

After the completion of this first documentary, Will and Lianne returned to the desert to continue following the story of the Five Musketeers as young nomads in search of their own kingdom. This resulted in “Vanishing Kings II – Desert Lion Legacy”.

The Vanishing Kings films have received major recognition throughout the world and have been shown on several channels, including:
Nat Geo Wild (worldwide)

“Vanishing Kings I” also won the award for ‘Best Science and Behaviour’ at the CITES / Jackson Hole Wildlife Film Festival in 2016, its impact acknowledged by both the Conservation and Wildlife Film Industry.

The Vanishing Kings films have proven to be of great support to Desert Lion conservation, by creating awareness with audiences around the world, by educating and informing the local people, and by raising funds during screenings.
The founding members have donated the Namibian rights of both films to The Desert Lion Trust, as DVD sales supply a steady, albeit small income for the Project.

Watch the trailer for Vanishing Kings I

Together, Vanishing Kings I and II, have brought out a true coming of age story about five young Desert Lions, which has had a remarkable impact on audiences worldwide. Due to this success, the Foundation has managed to raise significant funds for Desert Lion conservation.

As wildlife films play a critical role in education, raising awareness and bringing important environmental messages across to the public, the Foundation will continue to give support to such valuable wildlife films.